– for transcription services, please scroll down –

Below, you will find some free tabs with licks and exercises!

Click on titles for PDF files. If you wish to have the files in GPX, GP5, MIDI, ASCII, WAV, MusicXML or PNG format, feel free to send me a message.

DISCLAIMER: These are original works, composed and transcribed by myself.

A Minor Pentatonic triplet sequence –  Minor pentatonic lick, where you play the minor pentatonic scale as a sequence in triplets (groups of 3 eighth notes). To play it as a sequence in this case means to repeat each first note of every triplet, placing an accent on the first note of each triplet. You start the lick halfway through beat 4 in bar 1. This example is in the key of A Minor, but you can play it in all keys! This is not only an awesome sounding lick in almost any popular style (blues, rock, metal or even jazz), but also a great rhythm exercise if you are just starting out using triplets in your solos.

5-string triadic arpeggios for guitar – with inversions – 5-string arpeggio patterns for major, minor, augmented and diminished and their inversions.

Tapped diminished sequence – Another lick idea using tapping technique with diminished triads on one string in a sixteenth note sequence.

E Lydian legato run – Stretchy legato lick in the mode of E Lydian (4th degree of B Major) in the style of Joe Satriani. Hammer-ons from nowhere and slided position shifts, here we go! 😉

B Minor triplet lick – 2-string lick in triplets with slides position shifts, combining both B Natural Minor (Aeolian/6th degree of D Major) and B Minor Pentatonic. The first note, 14 on the D string, is slided. The other notes on the D string, each being the first note of each triplet, are palm-muted to add percussiveness to the lick, placing the accent on the second note of each triplet. Quick and easy way to play horizontally across the fretboard, rather than up and down!

String skip and fourths exercise – A stretchy lick with string skipping. This example is in the key of E Major, but can be practiced in any major key over a I-ii chord progression.

Proggy syncopated 16th note lick – A lick in the scale of B♭ minor pentatonic (4th position) using a 4/4 time signature with syncopations. The lick is played using 16th notes only. The syncopations are caused by the specific amount of notes per note group (6, 8 and 14) and use of 8th rests after each note group. The first note of each group is accented, which will give you more of a grip on the syncopations. You can use this lick, for instance in a progressive rock/metal context, in any key – if you transpose it correctly!

B Diminished 7-String Arpeggio Etude – Diminished mini-etude specifically for 7-string players. The etude starts in root position and moves into 1st inversion and is played over all 7 strings. Study the articulation carefully and make sure all picked notes sound smooth. Practice tip: aim for equal fluency between the legato and picked notes!

A natural minor (Aeolian) tapping lick – 4 note per string tapping lick with an A natural minor/Aeolian (6th degree of C major) tonality. The trick to successful tapping technique? Accent the first, picking hand tapped note in each 16th note group (the strong beat) and make sure the space between all of the notes is even. Play straight 16th notes all the way through.

Major scale exercise – thirds – A useful exercise for both hand dexterity, fretboard visualization and creativity is playing a certain scale in specific intervals. With this example, you play the scale of A Major in thirds. Due to the intervalic structure of the major scale, you get a mixture of major and minor thirds when playing the scale ascending and descending. When you get comfortable with thirds, you can practice the scale in fourths, fifths, sixths, etc. The long-term creative goal behind this exercise is to break out of only playing scales up and down the fretboard when improvising or soloing. Varying and mixing up the intervals you play will make a big difference in the way you sound as a player and bring you a step closer to finding your own unique voice on the instrument!

Quintuplet lick in B minor pentatonic – A way to spice up your licks is by adding extended note groupings, such as quintuplets, sextuplets and septuplets. Try it out!

Are you looking for quality tabs or notation for a song or solo you want to learn, for your music school, magazine article, column, blog, educational book or your (band’s) own music? 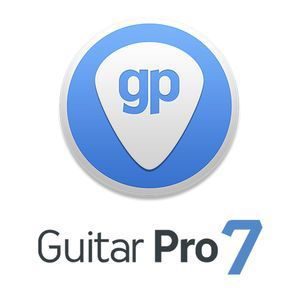 Pricing varies, depending on difficulty and song length.

Get in touch with me through the Contact form above to learn more.